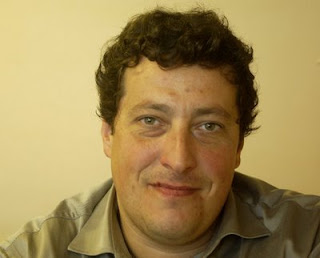 Along with tasting the new releases of Brunello, one of the great pleasures in returning to Montalcino each February is meeting with my friend Mircko Giorgini, who I first encountered four years ago at the annual tastings. Mircko is a sommelier and a retailer who co-owns a first-rate enoteca in nearby Cerbaia. He’s been a great acquaintance, letting me know about many of the new producers of Brunello and offering his opinions on who he thinks makes great wines and who he thinks doesn’t. He seems to know just about every producer of Brunello, so he’s an invaluable source of information on this area’s wines.

So when I sat down to lunch with him at Al Baccanale in the town of Montalcino, the talk naturally turned to the recent problems with Brunello that have made news worldwide. Mircko talked not only about the obvious tribulations of certain producers who have been accused of adding Merlot, Cabernet Sauvignon or other varieties to their Brunellos, but he also dealt with the bigger problem of where Brunello is headed. As there have been many opinons offered by American journalists as well as those from Italy (many of whom do not live in Tuscany), I was fascinated to hear the thoughts of someone who has first-hand contact with these wines on an everyday basis.

As for producing a Brunello that is not 100% Sangiovese, well as you can imagine, Mircko is strongly against this treatment. “I don’t want the greenness of Cabernet Sauvignon. I don’t want the color of Petit Verdot. Sangiovese is a great variety on its own, with garnet color and beautiful acidity.”

Continuing, he told me, “We’ve known that some producers have been adding other grapes for some time. You can tell it by looking at the wines or smelling them. This whole affair could have been ended very quickly if a local official would have stepped in and demanded to see the cellars. But you had people collecting big salaries who did nothing.”

For Giorgini, Brunello is about longevity, not trendiness. “We have to thank Giacomo Neri (the owner of Casanova di Neri, one of the most in-demand Brunello properties) for the 100 points he received for his wine a few years ago, because it has brought publicity to Montalcino. But many producers have tried to copy his wine in order to receive high scores from wine magazines. This has meant a change in the style of the wines.”

“Forget about the 95 or 97 points you might get today. What will the wines taste like in twenty or thirty years? This is what Brunello is all about. The great wines from the 1970s and ‘80s that are drinking well today. We need to remember these wines.”

Instant success is not what Giorgini is looking for in these bottlings. “A wine like Brunello really displays its terroir after eight years. Do the new style Brunellos do this as well?” He also thinks that some producers do not work as hard in certain less than successful vintages. “We have to strive to make great Brunello every year.”

For Giorgini, he sees his job as a salesman as someone who is an educator about Brunello; he believes he and his fellow owners of local enoteche have a special responsibility. “I think an enoteca is like a pharmacy. We need to give the customer the right medicine, so to speak. We have to make the right selection of wines. We have to sell the real Brunello.”
Posted by tom hyland at 8:58 AM