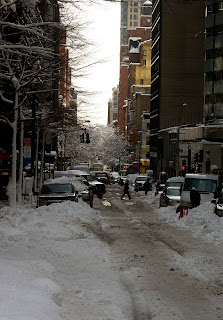 How I ate, drank, bundled up and managed my way through a wild week in Manhattan


I have just returned from four wonderful days in New York City, attending the Vino2011 event, sponsored by the Italian Trade Commission. This was the third year for this event, which celebrates Italian wines of all types, from the most basic to the most glorious. There were more than a dozen seminars over the course of two days, ranging on a wide variety of topics from social media to Italian foods and of course, there were several tastings, the most impressive the Grand Tasting on the final day, which featured several hundred producers pouring their newest - and in some instances, future - releases.

As for the seminars, there were explorations of territories and regions such as Soave, Friuli, Lombardia, Puglia and one on the various wine styles of the Montefalco zone in Umbria. Each seminar featured 8-10 wines which were often presented by the producers themselves; this was one of the primary positives of this event, having the opportunity to taste and compare wines in a sit-down presentation, which in several cases was augmented by a detailed study of the area's soils and history by the famed Dr. Attilio Scienza, arguably Italy's leading authority on indigenous grape varieties.

I participated in a seminar on competitions that present medals to winning wines; the basic premise being if medals still mean anything to wine buyers or consumers. Points from magazines were also brought up and I argued that there are many Italian wines - especially those made from indigenous varieties in a traditional style - that do not receive 92-95 points, simply as they are not made in the trendy international style that dazzles the editors at a few influential magazines. In my opinion, a Soave or Verdicchio or Greco di Tufo will almost never be awarded 95 points, as the wines aren't as exciting to these publications as other Italian bottlings. Thus I argued that maybe more Italian producers should think about entering competitions, as their wines would be judged against similar types and not against some mythical definition of greatness. Whether this will happen is anyone's guess, as Italians as a rule tend to market their wines with a human and historical angle, which may or may not jive with a gold, silver or bronze medal.

The Grand Tasting was spread out over five rooms, which meant that tasters were not having to fight for room to get close to the producers, allowing everyone a chance to talk to them. I made some new discoveries from Calabria (Statti) and Abruzzo (Rodea-Gran Sasso) that were nicely balanced with good varietal flavor and fairly priced; I was also pleasantly surprised by the complexity and depth of fruit of the 2009 Ribolla Gialla from Isidoro Polencic of Friuli as well as the suppleness of the 2009 Fontanabianca Nebbiolo Langhe, a beautifully rendered version of this wine type. 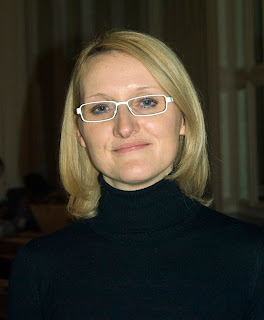 Tastings such as these are so valuable not only as you get an opportunity to taste some of Italy's best wines, but also some of its best values. Thus the tasting was a wonderful overview of what is going on in Italian wine today, from every region. Thanks to the organizers of this tasting and of course, thanks to the producers for coming over from Italy to sample their wines, be it Refosco, Pecorino or Pinot Nero.
During the week, I was able to enjoy a few special meals, including lunch at the famous Oyster Bar in Grand Central Station as well as dinners at La Pizza Fresca in the Flatiron District and at Felidia, one of the showcase restaurants of Lidia and Joseph Bastianich. Each of these meals was first-rate and I'll write a post about my dining experiences soon. Come to think of it, these meals had a lot in common with the Grand Tasting, given the diversity and quality. I can get excited over a great pizza or fabulous sea scallops just as much as I can over veal medallions and when you add in the perfect wine pairing, well, I'm in heaven! 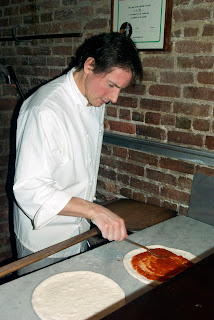 Brad Bonnewell, La Pizza Fresca
It was a wonderful week- great wines and sublime food. How could I not love that? Even bitterly cold weather (barely above 10 degrees F on Monday) and a blizzard that dumped 15 inches of snow over Wednesday night and Thursday morning couldn't get me down. But then again, I live in Chicago- why would a blast of winter bother me? 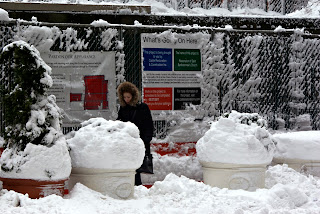 For Love of Italian Wine

Next week, courtesy of the Italian Trade Commission, I will be attending Vino2011, arguably the finest Italian wine event held in the United States. This the third time this event has been held in New York City; I attended last year's event and was quite impressed with the organization of so many excellent tastings and seminars that explored the vast world of Italian wine.

This year, I have the good fortune of being a panel speaker for a special seminar entitled "Where Have all the Medals Gone?", in which my fellow panelists and I will discuss the importance of medals and points regarding today's wine buying decisions. This should prove to be a fascinating seminar, especially in regards to the uniqueness of Italian wines, especially those made from indigenous varieties.

I'll also be attending several seminars, including ones about Friuli, moderated by Tom Maresca, one of the country's leading writers on Italian wines, as well as the rediscovery of Soave and the overlooked but wonderful Sagrantino di Montefalco. Other seminars include one on award winning wines from Tuscany, moderated by Master of Wine Ronn Weigand and one on the distinctive reds of Puglia, moderated by Bill Marsano, an Italian wine specialist and former James Beard award winning writer.

There will be several other seminars devoted to the future of Italian wines as well as special theme dinners and perhaps best of all, a grand tasting on the final day with several hundred Italian producers in attendance pouring their latest releases. I'm looking forward to a great four days in New York City!

This is a trade event - information can be found on the Vino2011 website.
Posted by tom hyland at 10:41 AM No comments:

There is a lot of talk these days about organic and biodynamic viticulture in several wine regions around the world. Several producers in Chile have turned to organic farming, while a precious few are now working according to biodynamic practices (" a natural biological balance"- read more here). For me the leading biodynamic producer in Chile is Emiliana, located in Colchagua Valley).

There are all sorts of thoughts about biodynamic wines and how they differ from traditionally farmed vineyards; for me, the finest examples have a finesse and length to them that I don't often find in "standard" wines. That is certainly true with the Emiliana Coyam from the 2007 vintage. This is a complex wine, blended from Syrah, Cabernet Sauvignon, Carmenere, Merlot and Petit Verdot, aged in both French and American oak. Medium-full, the wine has beautiful black cherry, black plum and cigar box aromas, a generous mid-palate and a nicely structured finish with good acidity and nicely balanced tannins. This is approachable now, but should be at its best in 5-7 years; I'd recommend pairing this with veal medallions, roast pork or duck. The retail price is $29, which I think is quite fair, given the structure, complexity and elegance of this wine. You will not be disappointed.
Posted by tom hyland at 1:29 PM No comments: