Carrying on the Mondavi Way 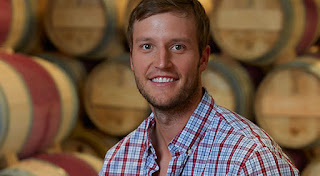 
I can still remember my first visit to Napa Valley; it was just after I graduated from college in Chicago in 1978, and at 22, I wanted to see where all this great wine was coming from. At that time, Napa was an important wine region, but it was downright sleepy compared to what is has become today.

One of the most famous wineries back then was Robert Mondavi in Oakville, toward the southern end of Napa Valley. There were several factors for this, not only the direction that Mr. Mondavi had given to this project - basically using the French model of fine estate wines, instead of churning out simple bulk wines - but it was also the handsome, mission-style architecture of the winery, designed by Cliff May, that was a lovely welcome to the winery in particular, as well as to Napa Valley in general.

I've thoroughly enjoyed that first visit with eyes wide open, and I experienced a number of great visits to the winery over the years, from a tour of the famous To Kalon vineyard, just behind the winery, to a memorable lunch with Robert and his wife Margrit. There have been a lot of changes at the winery over the past 15 or so years as most wine lovers know, and as for myself, it's been more than a decade since I've been this way.

So when I received an invitation to a Robert Mondavi winery dinner in Chicago featuring winemaker Joe Harden, it didn't take me long to respond affirmatively. I wanted to taste for myself if the Robert Mondavi wines were still of that same high quality I was used to in the 1980s and '90s. I can assure you that I was quite impressed after tasting these wines that evening.

Fumé Blanc has always been a focus at Mondavi; it was Robert who admired the Sauvignon Blancs of the Loire Valley and used the word "fumé" from that region's famous Pouilly-Fumé to identify his new dry wine made from Sauvignon Blanc. Fumé in France means "smoky", so here would be a dry white with a noticeable smoky, tangy quality. The wine was an instant success when intoduced in the mid 1960s and has been a staple from Robert Mondavi ever since.

Two versions were served at dinner: the classic Fumé Blanc from the 2015 vintage, and the 2014 Fumé Blanc Reserve. The first wine is well made with a light touch of that tangy grassiness that the variety is known for, while the melon fruit is quite attractive. Nicely balance with good acidity, this is meant to be consumed over the next 2-3 years.

The Reserve Fumé Blanc takes things up two or three notches, as the fruit comes entirely from the famed To Kalon Vineyard, directly behind the winery. As some of the fruit in this wine is from vines that are almost 50 years old (the T Block section of To Kalon was planted in 1960!), this is a wine with great character and richness; the nose reveals aromas of pear and tea leaf. Medium-full with excellent texture and beautiful complexity, this displays a more assertive grassy, herbal character, albeit in a restrained manner, as compared to the classic Fumé. This is excellent and should drink well for another five years, perhaps even longer.

Moving to the reds, there were two on tap for dinner, the 2014 Maestro and the 2014 Cabernet Sauvignon Reserve. The former is a blended red that changes its mix and percentages of varieties according to the vintage, with the 2014 being 73% Cabernet Sauvignon (thus it cannot be called Cabernet Sauvignon, as it is not at least 75% of that variety), 23% Cabernet Franc, 2% Merlot and 2% Petit Verdot. This has a good deal of attractive plum and cassis fruit with attractive notes of red flowers; there is good acidity, the wood notes are not too strong and there is very good complexity. This is a polished Napa red, delightful now, but meant to be enjoyed in another 7-10 years.

The 2014 Reserve Cabernet Sauvignon (not yet released) is a brilliant success, a blend of 93% Cabernet Sauvignon, 6% Cabernet Franc and 1% Petit Verdot; the fruit is entirely from the To Kalon Vineyard. Deep ruby red with a light purple edge, the aromas are enticing, with notes of black cherry, black plum and hint of vanilla from small oak barrels. Offering excellent depth of fruit, good acidity, impressive persistence and ideal harmony, this has the stuffing and structure to age for at least 12-15 years, and I may be a bit conservative in that estimate.

It is a wine such as this, along with the Fumé Blanc Reserve that instantly communicates to me a continuation of the Robert Mondavi style. To me that is grace, elegance, varietal purity and drinkability. The climate is so beneficial in Napa Valley, that is is easy for producers to craft a powerhouse wine, one destined to receive high scores. If that's your style, fine, but you'll have to go elsewhere in Napa for that. Robert Mondavi wines have always had the proper acidity to maintain harmony, a critical factor for pairing these wines with food. I can only speak for myself, but I enjoy wine with food, as wine does not exist in a vacuum. Wine on its own may offer a certain fascination, like a beautiful dress, but it's how that dress looks on an attractive woman that counts - it's the entire presentation that matters. Likewise, it's how a particular wine pairs with a specific dish that is the ultimate judge of a wine for my thinking.

So compliments to winemakers Joe Harden, Megan Schofield and Genevieve Janssens (director of winemaking) for maintaining Robert Mondavi's vision. He would be proud.