Thoughts on four exciting days in New York, including notes on dozens of excellent new Tuscan releases (red and white), some beautiful bottlings from Friuli and two offerings of Vermentino to die for! 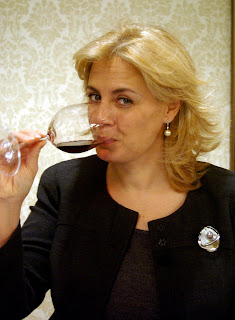 I spent four wonderful days in New York City last week, tasting hundreds of new Italian releaaes, meeting vintners from around the country and making many new friends from all over the United States. The occasion was VINO 2010 - the second annual - which is billed as the largest Italian wine event held outside of Italy.

There were many highlights - I’ll touch upon a few in this post and go into greater detail in the next few posts during the upcoming weeks. One of the tastings was an anteprima of new releases from three famous Tuscan zones: Chianti Classico, Vino Nobile di Montepulciano and Brunello di Montalcino. Given the sheer number of wines available for sampling over several days, I had to focus on a few specifics, so I didn’t try as many of these wines as I could have, but I did find some excellent examples. From Chianti Classico, there was a delightful 2008 Carpineto, a wine made to be drunk and nor laid away for 5 years – how nice!

Clif and Donna Weaver, owners of Le Miccine, a small gem of an estate in Gaiole in Chianti, showed their 2007 normale and Riserva Chianti Classico bottlngs at the Friday Grand Tasting. The regular bottling had lovely red cherry fruit, subtle oak and very good acidity while the “Don Alberto” Riserva offers textbook flavors and the structure to age for 7-10 years. If you don’t already know this estate’s wines, now would be a great time to acquaint yourself with these bottlings.

I also loved the 2007 normale Chianti Classico bottlings of Badia a Coltibuono, Lilliano and Bibbiano, all made in a traditional style in large oak. In fact, I'm finding more Tuscan producers shifting toward more restrained use of oak, a welcome sign. There are many that still work with barriques, but even these producers seem to be relaxing a bit on the spice and vanilla flavors of new barrels. Let’s hope this trend of favoring fruit over wood continues in Tuscany!

It’s always exciting to try new releases of Brunello di Montalcino; this year the featured wines are the 2005 Brunello and the 2004 Brunello Riserva. 2005 is not garnering a lot of attention, given the fact that 2004 was an excellent vintage and 2006 is shaping up to be a promising year as well. However, I found the bottlings of 2005 Brunellos to be nicely balanced with very good acidity, balanced tannins and good to very good fruit persistence. Some bottlings are a bit tight as of now, while others are a bit lean, while some are soft and quite approachable. Among my favorites here were the offerings from Il Poggione (no surprise here!), Lisini (beautifully structured), Col d’Orcia, Uccelliera, Canalicchio di Sopra, the Campogivanni from San Felice, and the very elegant and beautifully styled Silvio Nardi “Vigna Manachiara”, one of this zone’s most consistent bottlings. I also liked two wines I tried for the first time, the “Vigna delle Raunate” from Mocali and the Tassi. The Mocali, from a 25 year-old vineyard, is aged for three years in large and mid-size oak and has a generous mid-palate and stylish acidity; this will drink well for 10-12 years. The Tassi is a bit less concentrated, but is extremely well balanced and is a wine of great finesse and elegance. Fabio Tassi produced the first Brunello under his own label with the 2004 vintage; he is off to an impressive start! 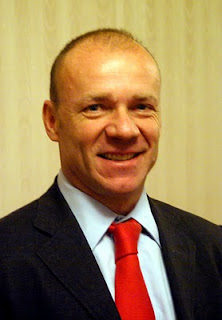 As for the 2004 Brunello Riserva, these are everything I had hoped they would be. There are some critics of 2004 Brunello who believe that the year was not as great as expected. While this may not be as long-lived a vintage as 2001, I do think this was a very special year – perhaps great – and the best proof of that comes with these Riserva bottlings. Wine after wine offered great concentration and structure for 15-20 years of aging, which is what I expect from this wine. Among the finest I sampled were the more modern-styled Banfi “Poggio al’Oro” and Caparzo (their first Riserva since 2001) along with the Il Poggione “Vigna Paganelli” and the Fuligni. The Il Poggione is deeply concentrated and a bit tight at present, but should be wonderful in 15 years or so, while the Fuligni is an amazing wine! Combining its beautiful perfumes, excellent concentration, lively acidity, subtle oak and elegant tannins, this is a textbook Brunello di Montalcino. If I had to give someone one wine from 2004 that I believed represented the vintage as well as any (as well as being a classic wine), it would be the 2004 Fuligni Brunello di Montalcino Riserva.

As for other notable wines, I thoroughly enjoyed the bottlings of Vernaccia di San Gimignano from Panizzi. Too often this Tuscan white is either much too plain or else laden with strong wood overtones by a vintner who wants to make more out of this wine than he or she should. The regular 2008 bottling from Panizzi has beautiful varietal character (pine and apple aromas), zippy acidity and a wonderful freshness, while the 2006 Riserva bottling is richer on the palate and carries its wood aging quite nicely, depsite the fact that the wine was fermented in barriques.

I also had the chance to catch up with the always charismatic Maria Elisabetta Fagiuoli of Montenidoli, another great Vernaccia producer. From talking with her and tasting her wines, you get the feeling that she’ll continue to do what she’s been doing until the big winemaker in the sky call for her, which we can only hope will be another 20-30 years from now at least! He regular bottling “Fiore” from the 2007 vintage is quite rich for an entry level Vernaccia, while her special releases speak to what can be achieved with this variety. My favorite wine from her is the “Carato” from 2005, a barrique-aged Vernaccia with lovely texture and deep concentration. Her wines – just like Maria herself – only improve with age!

A few other highlights included fresh, tasty examples of Soave from La Cappuccina (2009) and Cantina di Soave (2008 Classico). These wines represent the delighful, non-complicated side of Soave and are so easy to drink! I also enjoyed some beautiful bottlings of Prosecco, including the “Vigneto Giardino” from Adami that is much richer than most examples of this wine, along with two excellent offerings of Cartizze (a sub-zone of Prosecco that many consider to be the finest), from Mionetto (beautifully perfumed) and Bortolomiol (not as aromatic, but fuller on the palate). 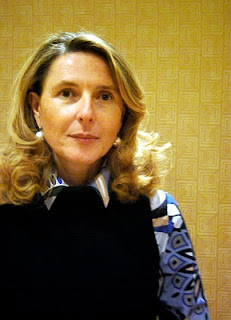 I’ll discuss red wines in greater detail in the next few posts, but for now, notes on three reds I loved last week. The first is 2008 Celestina Fé Morellino di Scansano, styled in a traditional way in large oak – beautiful strawberry and red currant fruit here with silky tannins. Secondly, the 2006 Guado al Melo Bolgheri Superiore is a notable wine from this famous Tuscan coastal zone; one that has marvelous depth of fruit, excellent complexity and the structure to age for 10-12 years. Lastly, the new bottling of Syrah from Alberto Longo in Puglia labeled 4.7.7 – the dates of his dauther’s birth (2007). Lots of juicy mulberry and plum fruit with bitter chocolate notes – this is delicious!

Finally, I wanted to point out two bottlings of Vermentino from the 2008 vintage from Cantine Lunae in Liguria. The Grey label is simply delicious, bursting with lemon and dried pear flavors and a bit of saltiness from the nearby sea, while the Black label is richer with notes of acacia and apple peel in the aromas. Both are aged solely in stainless steel – no need to mess with the amazing aromatics with wood – and have vibrant acidity. The Black label received the Tre Bicchieri rating from Gambero Rosso in their 2010 edition and is fairly priced at $30; you might just enjoy the Grey label as much or even better, especially at $18, an amazing value!
Posted by tom hyland at 4:07 PM